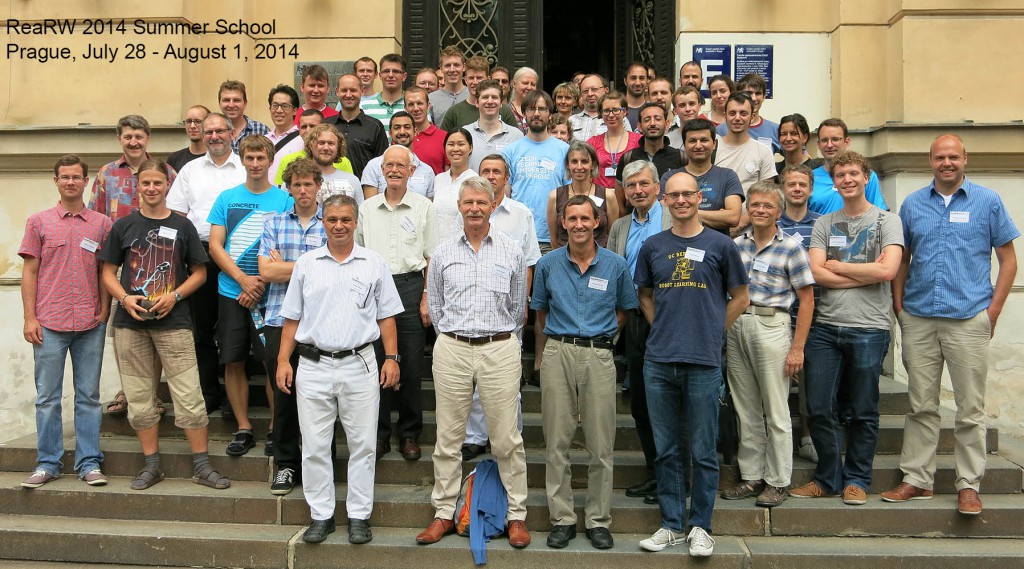 The summer school Reasoning in the Robot World 2014 (abbreviated ReaRW) had four aims:

The recent development in autonomous robotics has been requiring the ability to perform movements, manipulation, navigation, etc. in a real, noisy and dynamically changing world. Let us call it ReaRW task.

The ReaRW task has been popular with the artificial intelligence community since 1960s. The task has penetrated and expanded in pattern recognition / machine learning, computer vision and robotics since. There were many attempts to provide a general method/solution to the task. The bad news is, however, that there has been no general solution to ReaRW task yet. The good news is that there were ReaRW success stories in particular applications. The most advanced and known also by the general public is, probably, the self-driving autonomous automobile, e.g. the Daimler-Benz solution.

There are two extreme approaches to ReaRW task:

The implemented ReaRW success stories found a right position in-between the mentioned extreme approaches. The invited speakers of the ReaRW summer school were asked to give talks which might help the audience to orient in the issue. They will also provide theoretical and practical hints how to implement such ReaRW tasks.